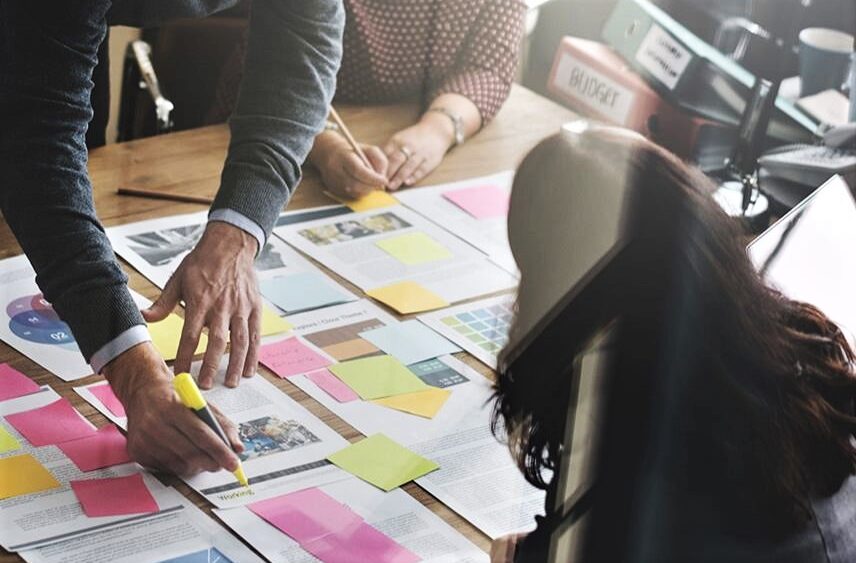 What’s the Real Reason Nine Out of Ten Companies Fail in Strategy Execution?

After hiring consultants and spending lots of corporate resources on developing a new strategy, why do 90% of companies throw it all away by failing to execute their plans? Some consultants say it’s a failure to align strategy execution with operations. Others say the main culprit is poor communications at all levels of the company.

But, the real reason is much more basic: It’s because senior management–the group that is responsible for developing the strategy in the first place–doesn’t take ownership and champion the cause. In this article, I’ll review the foolproof ways to get senior management to stay passionate and accountable throughout the implementation stage.

Strategic planning in many organizations has become a staff function, with senior management coming in late in the game to approve the ideas their junior staff members have authored.

I observed this dynamic firsthand at a 200-person hedge fund company that manages assets of $30 billion. I’ll call this company “Alpha, Inc.” Alpha had hired a large consulting firm to help it draft
its five-year plan. Two junior consultants were tapped to work with a team of junior client members on the new plan, with periodic updates to the CEO and his direct reports.

The results were quite predictable: in the update meetings, the senior team acted as auditors of the junior team’s plan, analyzing and criticizing what was drafted but failing to focus on what the plan really meant for the firm’s future.

Even after approving the plan, the leadership team never really took ownership of it. In fact, they often made decisions contrary to the plan objectives. As a result, the execution of the strategy never stood a chance. Months into the new plan, so many important financial targets had been missed that key employees began to defect, sending the hedge fund into disarray and generating poor publicity in The Wall Street Journal.

Successful Strategy Execution from the Top Down

Let’s contrast this Alpha Inc. example with another, more successful company and strategy execution: “Travel Inc.”, a luxury travel company that offers guided tours throughout the world. We worked with the leadership team in an entirely different mode to produce their strategic plan and implementation approach.

First, the entire leadership team actively took on the planning tasks. Second, we incorporated the implementation approach into the strategy planning effort. As a group, the team created the vision and overall strategic direction for their three-year strategy.

Four key themes emerged from this effort: Operational Efficiency, Growth in Select Markets, Smart Selling, and Best Tour Experience. In turn, the CEO assigned ownership of each of these themes to one leadership team member who would be responsible for both the planning of the theme and its implementation. This ownership approach built-in accountability for results.

The process included identifying what the strategic and operational goals would be for their theme across four dimensions: financial, customer perceptions, internal process capabilities, and employee skills and climate. By taking this balanced perspective, the themes cut across functional lines while focusing on how value is created.

For example, they agreed that first and foremost they hire and train the best employees they could find because motivated and skilled employees ensure that internal processes, such as operating a tour, are well executed. This, in turn, creates highly satisfied customers who return regularly to buy the next season’s tour, ensuring strong financial results.

In addition to identifying the theme goals, each leader considered what amount of effort and investment would be required to meet these goals. If new initiatives were needed, these had to be planned out in enough detail that both financial and specific human resource requirements could be estimated. Milestones had to be time-boxed for each initiative. By taking these key steps, the strategy evolved into an implementation plan.

Each leader/theme owner developed their theme and then shared these drafts with the rest of the leadership team in a series of offsite meetings. You can imagine that each leader took this process very seriously, they were on the hook for a key element of the strategy and would be presenting in front of the entire leadership team. Presenting is perhaps too passive a work since key decisions were debated vigorously on a peer-to-peer level at the offsite meetings! There was no reliance on junior staff at this stage, except for contributing required data and analytics. This process generated terrific passion for the strategy and built-in accountability for results among the executive team.

The passion translated into ambitious profitability goals the team set for themselves and Travel, Inc. that were much higher than even historical benchmarks.

The strategy execution was not without challenge. The team grappled with distribution channel issues that heretofore were considered too political and sensitive for public discourse. To address the issues, substantial investments were quickly made in human resources performance management.

Ultimately, the financial results underscored the validity of this top-down approach as Travel, Inc. began to hit its aggressive targets.

This Travel, Inc. example demonstrates the powerful results that can be generated by a passionate leadership team if there is clarity of purpose and accountability. Whenever key executives act as owners and champion the cause of strategy design, as well as the on-going strategy execution, the result is solid customer loyalty and superior returns.

If you’re struggling through strategy execution or your leadership team is uninvested, I can help realign your team to reach your goals. Contact me to learn more.